I have always listened to humans talking about the value of time; fight over time; drive apart due to the time not spent together. ¡Valuable Time!

Two things came to my RAM memory: the trip to Mexican Museum and astrology. This because I started analyzing at when did humans became obsessed with this physics magnitude. After all, it makes sense to measure the duration or separation of events, determine sequences and establish the past, present and future. In fact, it does not surprise me that humans have applied math and astronomy to create the Chronology.

Humans were gatherers and nomads for a long period. After that, they developed technology and techniques, which allowed them to start living in a single place. Agriculture was an important factor for this change because, thanks to it, humans could guarantee food for the whole year in the same area.

It is ironic the use of the word year. Humans started to develop calendars to be able to study the weather (rain, snow, dry periods) and plant according the the seasons. But the concept of year did not existed yet.  Later, most calendars created by different civilizations (Egyptians, Mesopotamians, Babylonian, Mayans, Romans) included at three common elements: day, month and year. All also took into account the bodies in the sky, seasons cycle and nature.

It is interesting to see how in different places, people developed similar concepts and

used familiar parameters: the month is usually related to the Moon and the year to the Sun.

Nowadays, most countries use the Gregorian Calendar. This one is a modified version of the Julian Calendar, created by Julius Caesar.  The Gregorian Calendar was developed to eliminate the shift that existed and, by doing so, regulate the liturgical calendar of the Catholic Church. As you can see, at this point the calendar had, besides its practical function in agriculture, a religious component. This is no surprise because agriculture and religion have been closely related.

The Gregorian Calendar it is used in civil, religious and business lives in almost all the world. However, there are some cultures that still keep their own calendar because it is an inherent part of their traditions and celebrations. The Chinese Calendar is an example.

The Chinese Calendar is lunisolar because months follow the Moon’s cycle and the year follows the Sun’s Cycle. In total, the calendar has 12 moon months and each month starts with a new moon. To complete a solar year, after certain amount of time several days are accumulated and that is the reason why the Chinese Calendar does not match the Gregorian Calendar.

Still today some humans use the Chinese Calendar to make decisions and leverage good luck. Besides, the new year celebrations are legendary: they include good food (at least that is what I have read) and share family time.

How do you celebrate the new year?

To learn more about STEAM and about our workshops:

My mission on Earth is to help humans learn about STEAM. To learn more about us: 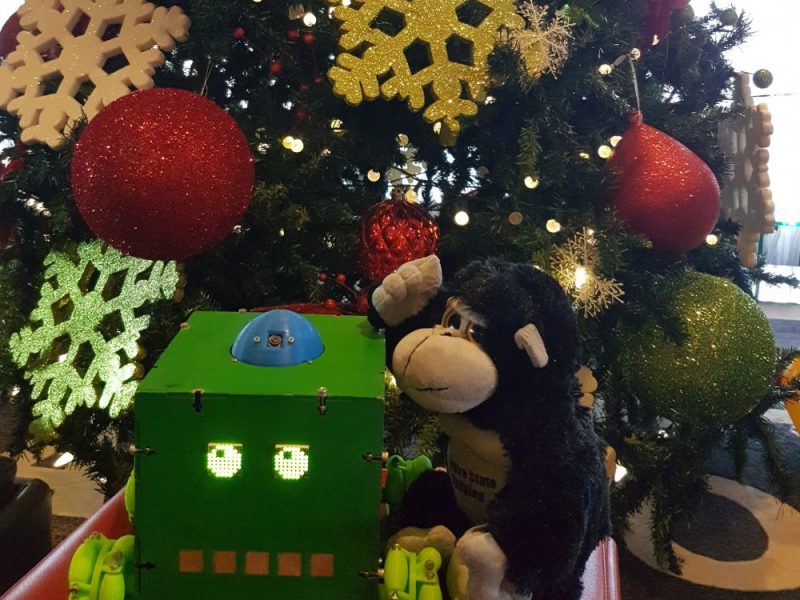